From 7th August – 26th September 2020, the nineteenth-century Villa Bertelli in Forte dei Marmi (Lucca) plays host to a retrospective dedicated to Aldo Mondino’s “Extraordinary Voyages”, curated by Valerio Dehò.
The exhibition is promoted by Villa Bertelli with sponsorship from the Municipality of Forte dei Marmi, in partnership with the Archivio Aldo Mondino, and will be inaugurated at 6 pm on Friday, 7th August.

A central theme in the work of this Turin-born artist is that of travel, in both a physical and metaphorical sense. These extraordinary voyages were born of his curiosity and a penchant for discovery, embracing different cultures and exotic worlds, as well as the different languages of art encountered in the course of a lifetime.
Aldo Mondino “travelled” to a great many artistic places over the years, right from the start of the early Sixties: from encyclopaedias and herbariums to Felice Casorati, the protagonist of Turinese and European painting, to whom he paid tribute by referencing his famous work, “Maternità”. Mondino revisited abstract art with an ironic, affable touch, as well as Jim Dine’s Pop art, Mitteleuropean woodcuts, Alberto Giacometti and Umberto Boccioni; not to mention crosswords and word games, the King series, the highway code and many other languages. His curiosity and instinctive talent for poking fun, irony, wordplay and parody pushed him to constantly seek out new challenges and to make whichever part of the universe he happened to touch upon “Mondinian”.
Mondino’s extraordinary voyages took him to Africa, around the Mediterranean region, and to India, with his exhibition in Kolkata in the year 2000, featuring several large works. Often, they were also literary journeys that were inspired by books or authors he particularly loved, such as Paul Bowles or Blaise Cendrars. He made several trips to Essaouira in Morocco, the legendary location where Orson Wells filmed his impossible “Othello”; as well as the land of the Sufi whirling dervishes with their dance of ecstasy. Exoticism held a particular fascination for the artist, as can be seen by his series of carpets painted on panels of Eraclit, a cheap industrial material. These works have entered a dimension in which art transforms culture, and the artist appropriates the universe of symbols and cultures that appeal to him.
In his critical commentary in the catalogue, Valerio Dehò writes

“Mondino achieved a truly unique cultural lingua franca in which contemporary art is not only a place for symbolic distillation but also an archive of different cultures; a panopticon à la Borges, offering a unique vantage point for observing the universe. The artist gave travel – and the contrasts between different worlds and experiences – a real space in contemporary art, which is often self-regarding; not only that, but he also imbued them with the fascination of a physical and intellectual journey. Mondino managed to bring intelligence and irony to painting and Italian art; his work has always been a stimulus to look at art as though it were a happy, ongoing research”.

The exhibition features more than forty works, comprising paintings, sculptures and works on paper. They are on loan from a major private collection in Tuscany. An entire room is also set aside for the theme of music, which was close to the artist’s heart and a key part of his work.
To accompany the exhibition, a catalogue has been published by NFC Edizioni, written by Valerio Dehò with an extensive selection of images.

7th August – 26th September 2020
Opening: Friday 7th August, 6.00 pm
Open to the public from Monday to Friday, from 9 am – 1 pm and 3 pm – 7 pm, and from 4 pm – 7 pm on Saturdays and Sundays.
During the month of August, the exhibition may be closed in the afternoons depending on other events taking place, visitors are therefore advised to contact Villa Bertelli beforehand.
Entrance free of charge.
For further information: Phone +39 0584 787251, write to info@villabertelli.it, segreteria@villabertelli.it, or visit www.villabertelli.it.
To accompany the exhibition, a catalogue has been published by NFC Edizioni, written by Valerio Dehò with an extensive selection of images.
< back 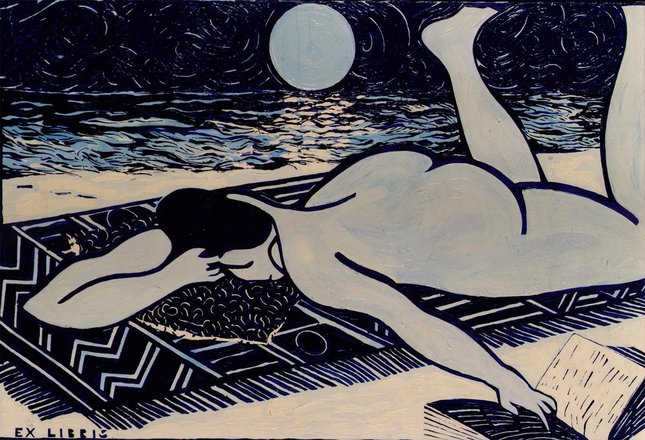