Aldo Mondino was born in 1938 in Turin, where he died in 2005.
In 1959 he moved to Paris where he attended the studio of William Heyter, the ‘Ecole du Louvre’, and the mosaic course at the Academy of Fine Arts with Severini and Licata.
In 1960 he returned to Italy, where he began to exhibit his work at the Galleria L'Immagine in Turin (1961) and the Galleria Alfa in Venice (1962). His meeting with Gian Enzo Sperone, director of the Galleria Il Punto, represented a turning-point in his artistic career and marked the beginning of a long collaboration that still continues today. He held a series of important solo exhibitions at the Galleria Stein in Turin, the Studio Marconi in Milan, the Galleria La Salita in Rome and the Galleria Paludetto in Turin.
Mondino’s major exhibitions include two participations in the Venice Biennale in 1976 and 1993 and solo exhibitions at the Museum für Moderne Kunst - Palais Liechtenstein in Vienna (1991), the Sultanahmet Topkapi Museum in Istanbul (1992, 1996), the Jewish Museum of Bologna (1995) and the Galleria Civica d'Arte Moderna in Trento (2000).
His works are part of the permanent collections of leading Italian and international museums and many private collections. 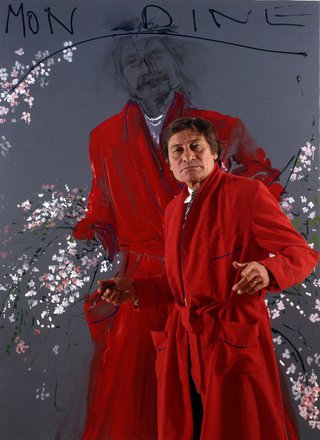